Buildroyale.io 2 Scripts: What Are They and How to Use Them

It’s a cool top-down shooter that pits players against each other in a huge arena. Wandering around and searching for loot is a difficult task. Especially when enemies might kill you any time and from anywhere. Luckily, there are ways to make it way easier. Use Buildroyale.io 2 scripts and get an edge in battles.

Scripts are pieces of code that can give you extra powers in the game. For example, you can heal faster, trace opponents, shoot through walls, and do other stuff. As a rule, they are created by fans with some programming experience. You’ll need 2 things if you want to get that advantage in battles. 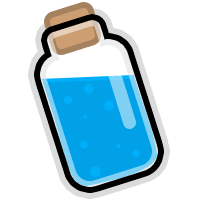 First of all, you’ll need the code itself. We recommend that you don’t trust all websites to get it. If you don’t have any experience with programming, you won’t recognize malicious code. Using it can become lethal for your device and your data. Have a look at what platforms like Greasy Fork or GitHub have to offer. Take the script from there and save it.

Secondly, you’ll need a tool that can implement the code during the game. Tampermonkey is a convenient extension, but you can also use other options. Launch it during battles and enjoy your powerful character.

Buildroyale.io 2 scripts are not hard to find and use. However, you should understand that it’s not fair play. You won’t benefit from them in the long run. While others will keep improving their gameplay in a natural way, you won’t. So, train your muscle memory and reaction speed without cheating. This is the only way to become a truly skillful user. And if you get bored, you can apply these tricks. Have fun and startle your enemies with invincibility, fast movements, and accurate shooting. Good luck!

Don't forget to look about brutalmania.io 2